The Top Five Casino Films Of All Time

Bodog’s Casino Games section is a popular place to frequent for regular Bodog players; it’s a world of table games that harks back to the glitzy intrigue and glamour of Vegas, brought to us by Hollywood’s finest.

When you find yourself taking a seat by the felt in the casino’s video poker, or flat-palming the table to gesture for a hit in Blackjack, it’s natural for the mind to wander into the murky depths of the iconic casino films that made these games so fascinating.

Let’s look back on Bodog’s all-time favourite casino films, and see if we can’t give you some of that swagger possessed by the heroes and anti-heroes of the stories, often riding on their own casino strategies to win big – even if it’s from the other side of the table.

“Casino” manages to encompass all that we love about Vegas: the glamour, the prestige, and all of that money. But in this film, that’s all a thin veneer for something much darker, and we spend an enthralling couple of hours peeling back the veil to see how Las Vegas really was in decades gone.

Casino stars Sam “Ace” Rothstein, played perfectly, as usual, by Robert De Niro. Ace is a sports handicapper and the smooth operator of the Tangiers Casino in Las Vegas. He’s not exactly working by the books, though, and his own operation involves skimming money off the top and slipping it to the mafia. Ace’s childhood friend, Nicholas “Nicky” Santoro (played by the inimitable Joe Pesci) comes to oversee the operation.

The film takes a dark turn as Nicky spirals deeper and deeper into drugs and violence, and Ace finds himself falling for a glamorous hustler named Ginger, all culminating in a truly timeless casino drama – if you can handle some fairly raw violence in the mix.

Casino Royale marks the first outing of Daniel Craig as James Bond, and just like the franchise at its finest, we get to see once again exactly what made Bond Bond.

In the film, Bond is a an elite British MI6 agent, and he’s just received his licence to kill. Agent 007 is sent to Madagascar to pursue the villain Le Chiffre, whose notoriety has risen in the underworld of dark money as a financier of terrorist organisations. Le Chiffre and Bond stake it all on a game of high-stakes poker, with Bond intent on foiling the sinister plan. He’s even willing to bet his life on it.

What we see is one of the most intense poker games on film, and with the help, in a classic Bond narrative, of a steamy love interest with plans all of her own. The poker game ticks all the necessary boxes: a Royal Flush, a fortune in winnings, and a $500,000 tip – and all in the suavem, Bond-like fashion that makes us feel a little more manly, a little more womanly, or just some kind of special Bond. 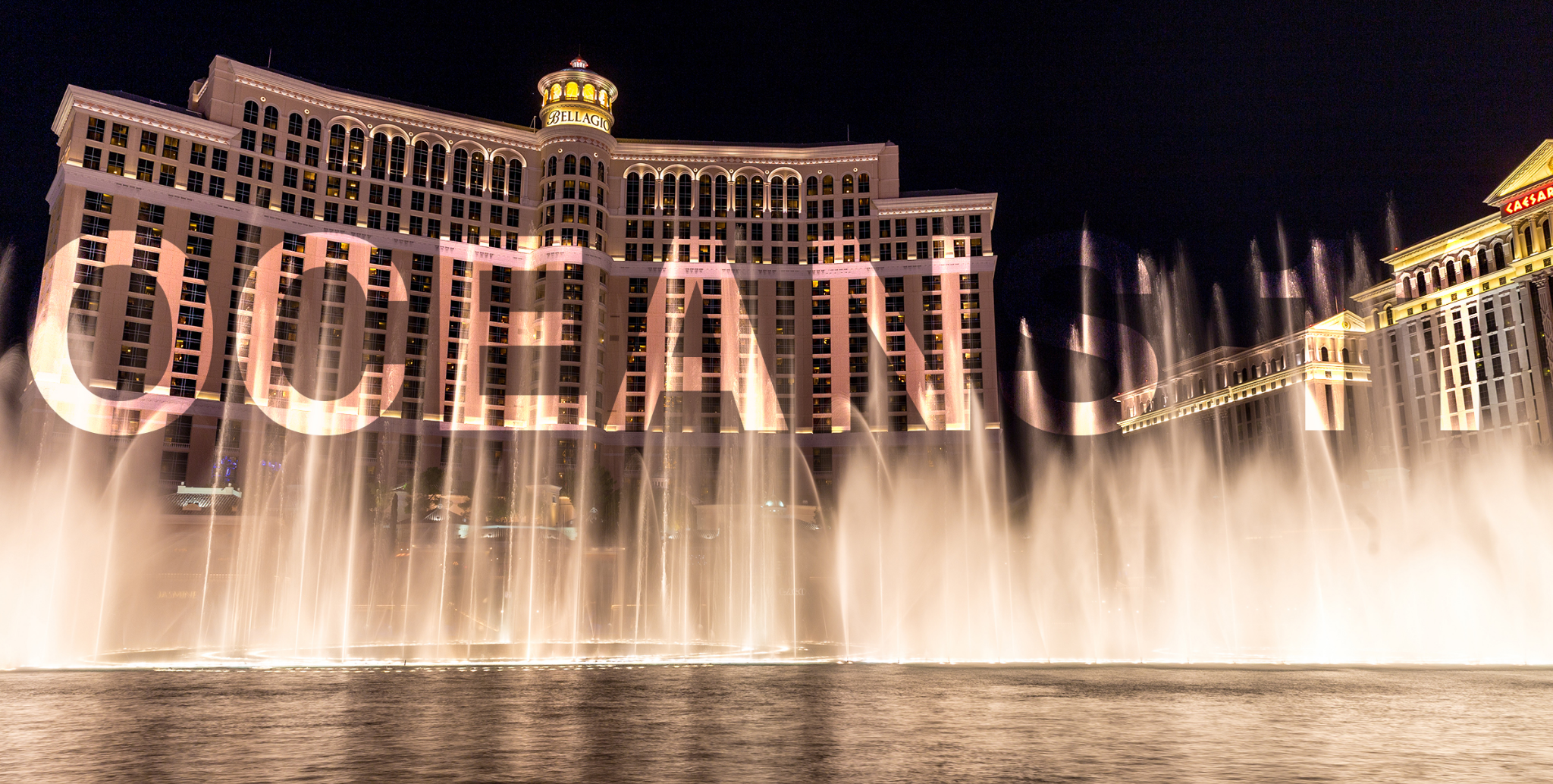 Now we’re back in Vegas, and 11 men are on a mission to pull off the most audacious heist in casino history. The crew is led by Danny Ocean (George Clooney), newly released from a New Jersey penitentiary, charm intact. Danny hits the ground running with what he hopes to be the biggest payday of his life, and deftly gathers up a who’s who of fellow heisters with the combined tradecraft to help him pull it off.

The plan is to rob the Bellagio, the Mirage and the MGM Grand casinos, and literally walk out of the casino with $150 million dollars. The task is seemingly impossible, but with the finest of details in place, the Eleven are on their way to show that their collective swagger is far more than just brazenness and witty repartee.

With a cast from Hollywood heaven, Ocean’s Eleven is a casino film for the ages that hits all of the right notes, then serenades you with an encore.

21 is a lesser-known casino story that centres around one of the more intriguing casino strategies: card counting. Many a Vegas visitor have wondered if they could cut it as a card counter, but this film shows us it’s not all it’s cracked up to be.

Our protagonist, Ben Campbell, has steep tuition bills hanging over his head, and he needs to get some cash – stat. Ben and an off-beat professor gather up a team of five brilliant MIT students, and they use their collective intellectual prowess to win big at Blackjack in Vegas. As you could expect from a young college student who suddenly finds themself winning hundreds of thousands of dollars and respect from his peers, Ben quickly becomes arrogant. Soon after, he realizes his efforts to beat the house carry even higher stakes than he ever wanted.

The most interesting fact behind this narrative is that it’s totally, completely true.

This 1973 depiction of the Big Con against a mobster is one of the best casino films of all time.

The story revolves around a small-time grifter named Johnny Hooker. During a run of the mill street con, Johnny accidentally lifts $11,000 from a big time crime boss, Doyle Lonnegan. Lonnegan has Johnny’s fellow grifter friend murdered, and Johnny wants revenge. Johnny seeks out a mutual friend named Henry Gondorff, with his own nous for con-artistry.

The two scammers are now caught up in the big leagues, determined to even the score with the ruthless Lonnegan. The pair convince Lonnegan that Johnny knows how to cheat the bookie on horse races, and along the way swindle over $15,000 in a poker game. It all builds up to an even bigger con that dwarfs the others, and Johnny emerges as the hero we all love to love!

We may not have Daniel Craig and George Clooney skulking about at Bodog casino, working on some underhanded play or pulling off a heist, but we do certainly have the glitz, glam, and the thrills you could expect to find at a fine casino. In the “Casino” section of Bodog Casino, you can dive into the plot of one of these classic casino films and use your own casino strategies to get one over on the house.

Open up video poker to do like Bond and beat a terrorist (terrorist not included), or try your hand at Blackjack and count cards for an enormous payout – we’ll even applaud you on your to the bank. And if you roam around the casino long enough, you might even find a love interest like Ginger to keep things fun.

No matter which movie you channel at the felt, Bodog Casino has the right games, played the right way, to make you the hero of the story.